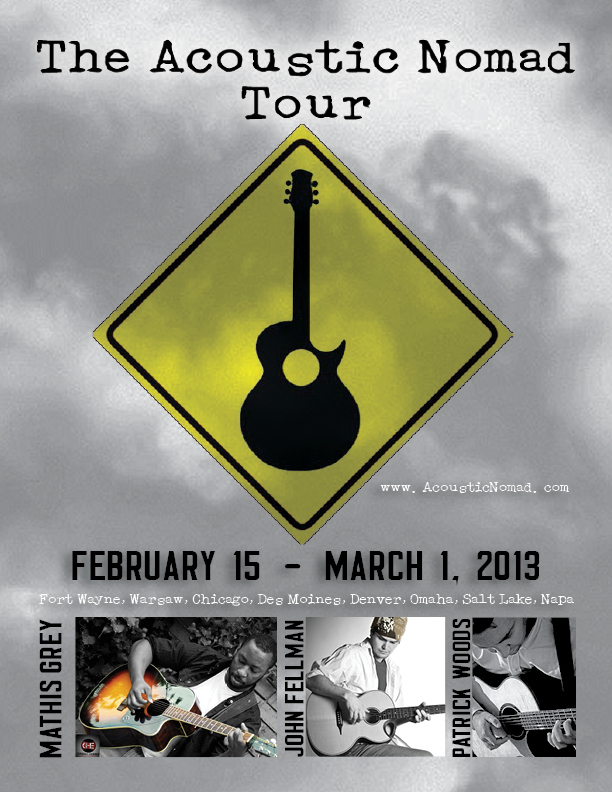 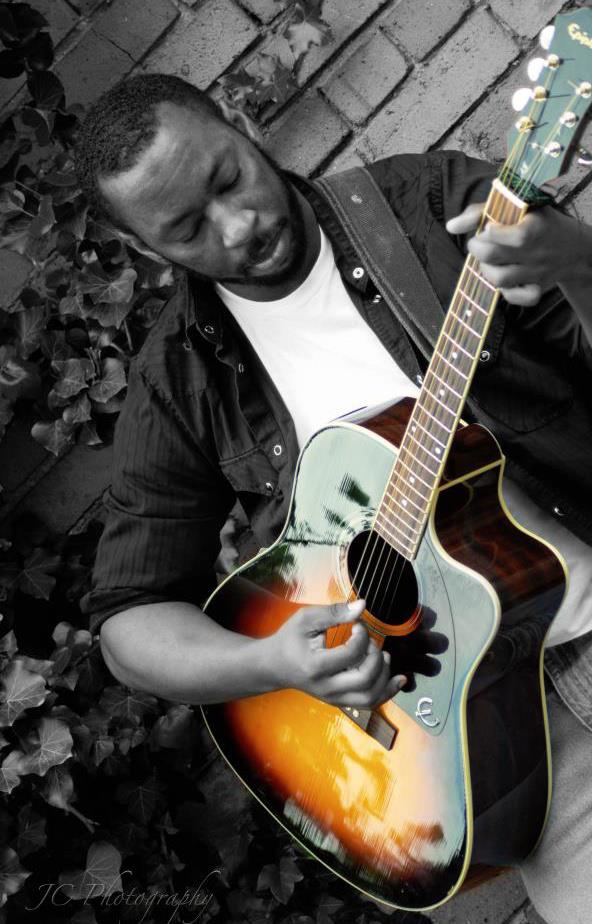 Ft. Wayne, Indiana - Mathis Grey is a singer/songwriter from Fort Wayne IN. He has been writing, recording and performing for many years. His sound is a folk rock/acoustic rock style with a sprinkle of soul mixed in. His hopes are to branch out of his home town and play his music for other audiences around the country.

Mathis Grey’s style is very unique. His
vocals and his guitar playing create a definite coffee house feel allowing the audience to emerge themselves in his music in real time. His music is smooth, yet rugged - heavy , yet weightless….this is Mathis Grey.

Mathis Grey has made another must get album teaming up with T.Bush Recording to bring you his latest project, “Two Steps From The Road”. Mathis went to another level with this album working with producer Tim Bushong to bring you songs like “Daydreams”, “Charleston”, “Midnight Angel” and more great tracks to keep you listening from beginning to end. 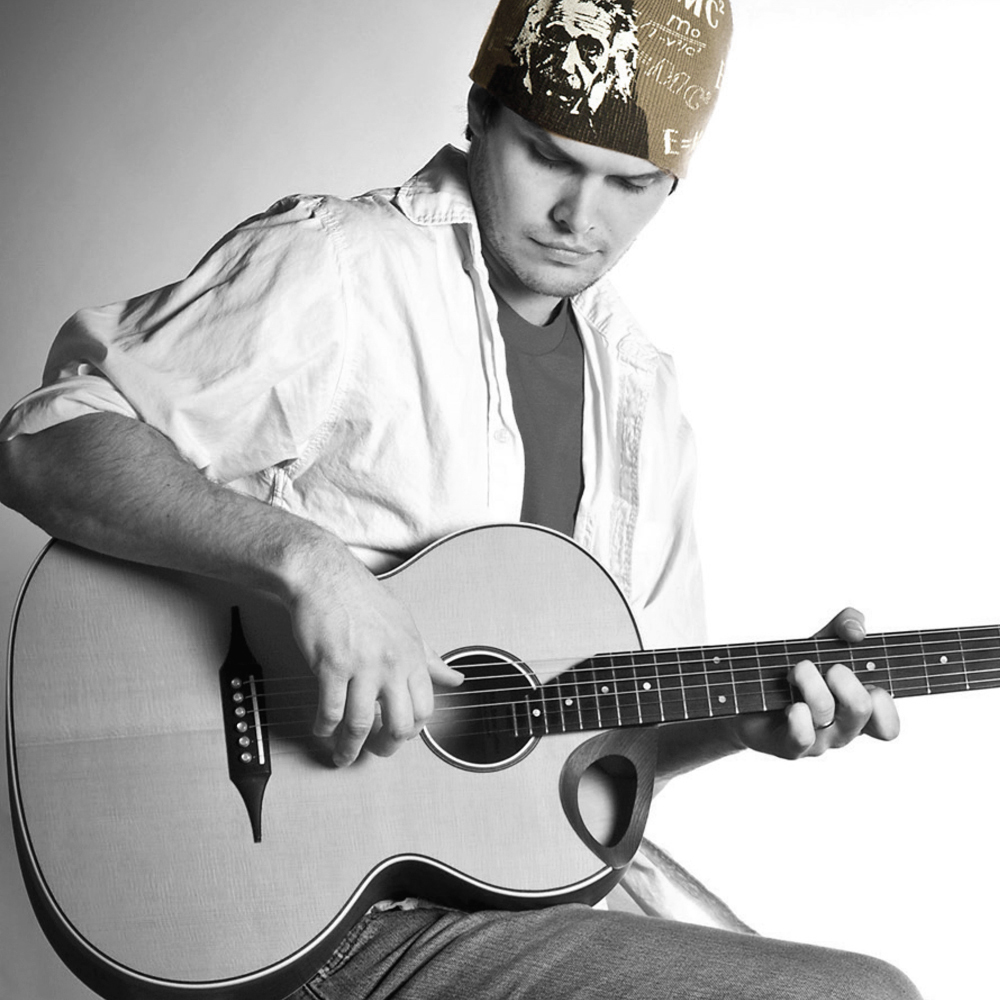 John mixes intricate rhythm with simple, catchy vocals and inspiring instrumentals. He employs a number of advanced fingerstyle and percussion techniques that make his music unique and give it a wide array of sounds and tones to express the message of each song. From the eternal consequences of love to the internal monologue of a pilot who lost a nuclear device at sea, there is something in John's music for everyone. From simple folk songs about family and relationships to intricate, yet powerful instrumentals exploring the consequences of using radioactive elements in everyday items - his music will border on the fringes of jazz, country and even metal at times. It is at times the purest acoustic tenderness that touches the ears, and at others the raw power of what can only be called "electrified orchestral folk." 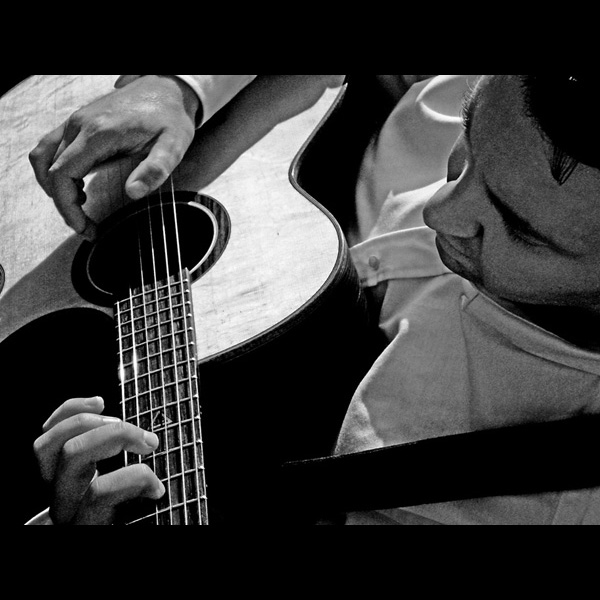 The contrapuntal elements of Patrick's music have long been loved and revered by many fans of acoustic solo guitar. Ever since the age of 16, the Indiana native has been playing every kind of gig imaginable, from coffeehouses, clubs, and street fairs to 500-seat venues. He cites his main influences as Joe Satriani, Alex Lifeson (of Rush), and Preston Reed.

Michael Hedges, Will Ackerman, Wayne Krantz, and Alex DeGrassi are among some of his favorites as well. Being more influenced by Progressive rock than acoustic music, Patrick has carved out his unique brand of up-tempo driving acoustic instrumentals that are complex enough for advanced musicians, but melodic enough for the simple music lover. He is an avid acoustic-fingerstyle player to be sure, but he is no tradionalist, and employs techniques that go beyond average fingerpicking. These include string snaps, octave hammer-ons, harmonic sprays, flamenco strums, and punchy bass lines that all go together with a rythymic pulse. This ambitious way of communicating on a single instrument won him second place in Guitar Player Magazine's 2006 GUITAR SUPERSTAR, in front of judges Joe Satriani and Steve Lukather. He has also played in other contests such as the National Winfield Competition, the Canadian Guitar Fest, and has been a semi-finalist in the Yamaha Six String Theory Competition. He has opened for and shared the stage with other national and regional acts such as, Michael Kelsey, Pete Huttlinger, Brian Henke, Katie Reider, Lindsay Mac, Doug Smith, Andy McKee, Blues Legend Guy Davis, and many more.

In the past ten years, Patrick has recorded a full length demo, NIGHTLANDS, and three full length studio albums POWER FIELDS, VORTEX OF DISCOVERY, and GONE BEFORE MORNING. NIGHTLANDS, being his first demo, was recorded in 2000. For the first several years of Patrick's career, he used two guitars at his live shows: his trusty acoustic Wechter Pathmaker, and an electric ten-string treblebass – made by Sergio Santucci in New York City. The instrument has four bass strings and six guitar strings, so he can play both parts at once. His first two recordings, NIGHTLANDS and POWER FIELDS, feature the Santucci 10 string. In the Fall of 2008, Patrick decided to retire the Treblebass from his repertoire, in favor of an all-acoustic set. There were many reasons for this decision, but it was mainly due to the fact that touring with more than one guitar was a hassle, and the acoustic was much simpler to EQ live than a treblebass. His last album, VORTEX OF DISCOVERY is strictly all-acoustic, which he claims will be the main focus from here on out.

Recently, Patrick upgraded his acoustic sound with a brand new custom guitar made by luthier JJ Donohue. The next recording project released in the spring of 2012, GONE BEFORE MORNING features this new guitar. The new album was recorded within a few weeks at Dark Tree Studio in Cleveland, with engineer Jay Bentoff and co-producer Brian Henke.

These three artists have banded together to share their unique progression of acoustic styles on a cross-country tour from Ft. Wayne, Indiana to Napa, California - and back. From Mathis Grey's dulcet mix of tender vocals, intricate rhythm and beat-box to John Fellman's fingerstyle, guitar-percussion and instrumental overtones and the virtuosic talent of acoustic soloist, Patrick Woods, every show is sure to be a musical journey and delight to the ears.